“God loves you as you are. Welcome his light when dark thoughts invade you. ” Romeus is the Angel annunciator who give this council to creatures of the earth since year 1 to save them from despair. Juliet is a vampire who lives a double life loving the angel Romeus. Despite this love, Juliet hates his life and thinks about suicide. The film shows how Juliet will apply the Romeus’s advice.

The scenario of Romeus & Juliet

Scene 1:
Juliet and her band of vampires arrive at school. Moving toward Romeus and his band of angels. Other students – mere humans – watching the scene from afar. Vampires and angels form a circle of privacy around their leader. Juliet comes to say goodbye to Romeus. They communicate telepathically to preserve their secret.

Scene 2:
Romeus and Juliet spend one last night together in a abandoned classroom. Their union is a symbol of the complementarity of Good and Evil.

Scene 3:
They leave on the ground of the school. Juliet’s departure shows the weakness of the flesh love toward problems more grounded.

Scene 4:
Juliet goes home: the Castle of Käpullet which also houses all the vampires in the area. She bursts in and interrupts a celebration of vampires. At the bottom, the powerful family Käpullet throne. Her parents are angry against Juliet saw a discomfort for some time. Juliet and her father tried to explain in vain. His mother smells angel’s odor from Juliet. Parents have the power to develop their children, but they also have a destructive power over them.

Scene 5:
Juliet is left alone in his room with her domestic raven. She prepares to commit suicide by absorption of several drugs. Suddenly a door vibrates what surprises Juliet just before she drinks his deadly cocktail. Juliet remembers that she hid behind the door and begins to wonder. She opens the door and there is a white cat. When she turns around, she sees the statue of Jesus Christ she had hidden so that his parents do not find. In his thoughts, Juliet remembers the words of Romeus. Believing in a sign, Juliet renounces suicide. She decides to welcome the day: her release. Presumably Juliet suicides. But in fact, she applies to the letter the advice of Romeus. A human being would have allowed the day would be saved by faith. As for vampires, they burn in the sun.

Scene 6:
Juliet loses his vampire life on earth and wins a heavenly life. She finds Romeus awaits at the gates of Paradise. Romeus proposes Juliet to follow him to reach the Kingdom of God. Juliet agrees. The couple flies in a column of light. 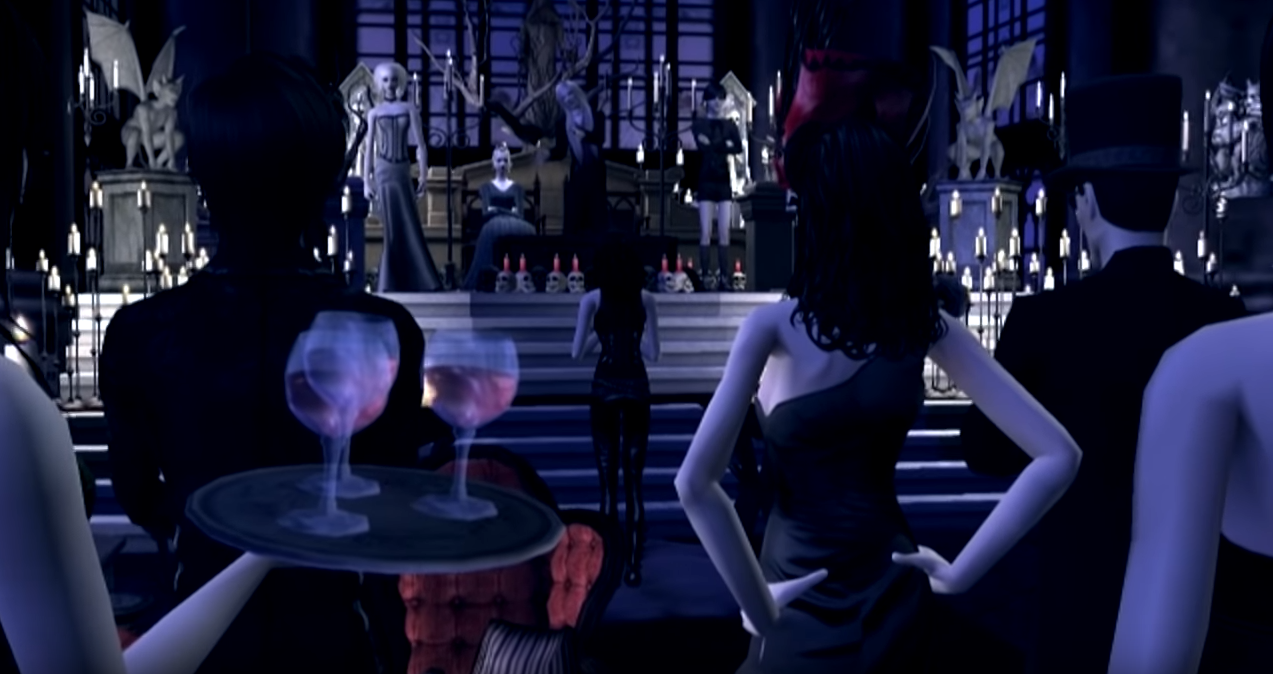 Credits to the machinima

Credits to the music

Credits to the video game

Copyright Disclaimer Under Section 107 of the Copyright Act 1976, allowance is made for “fair use” for purposes such as criticism, comment, news reporting, teaching, scholarship, and research. Fair use is a use permitted by copyright statute that might otherwise be infringing. Non-profit, educational or personal use tips the balance in favor of fair use.

Click here to go to the main page of HollywoodguyTV.com the official website of the filmmaker Hollywoodguy.

Use this article to give news on social medias:

We use cookies to guarantee you the best experience on our website. If you continue to use this site, we will assume that you are satisfied.OkPrivacy Policy